When we were recently in Port Townsend, WA there was a guy with whiteboards set up in town.  Now these were not ordinary white boards. They were filled with words he had written.  He claims he has the largest free speech display around.   I was intrigued.  I read and snapped pictures.  I asked him his name which I promptly forgot since I did not write it down immediately. I googled it and found out he has a website (surprise,surprise) and you can order things (bigger surprise).  His name is Arhato Soho and his website, should you want to read more, is located here.

He was an interesting fellow and while I did not agree with much of what he wrote I think he is just trying to drive a point home and get people to think on their own about what they believe instead of blindly following along with the masses. At least that is what I want to think he is trying to do.  He is the free speech proponent.

Due warning—some of the language in the pictures is not what I would normally post on my blog but I am allowing this gentleman to practice his free speech.  Please do not be offended and do not think that all of his words are what I personally believe as they most definitely are not.  I just was intrigued and thought it was an interesting thing .  Would love to hear your comments about this dude, what he is doing and your opinions about free speech! 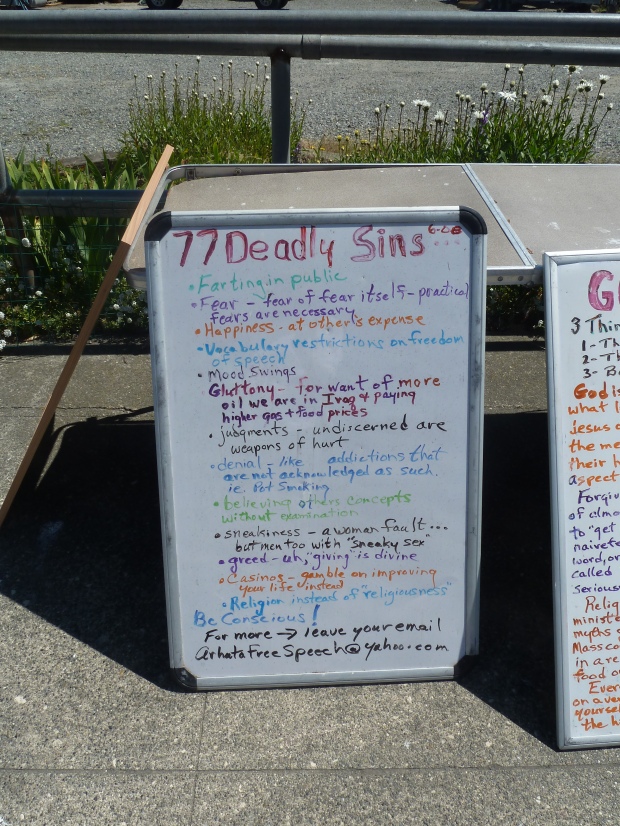 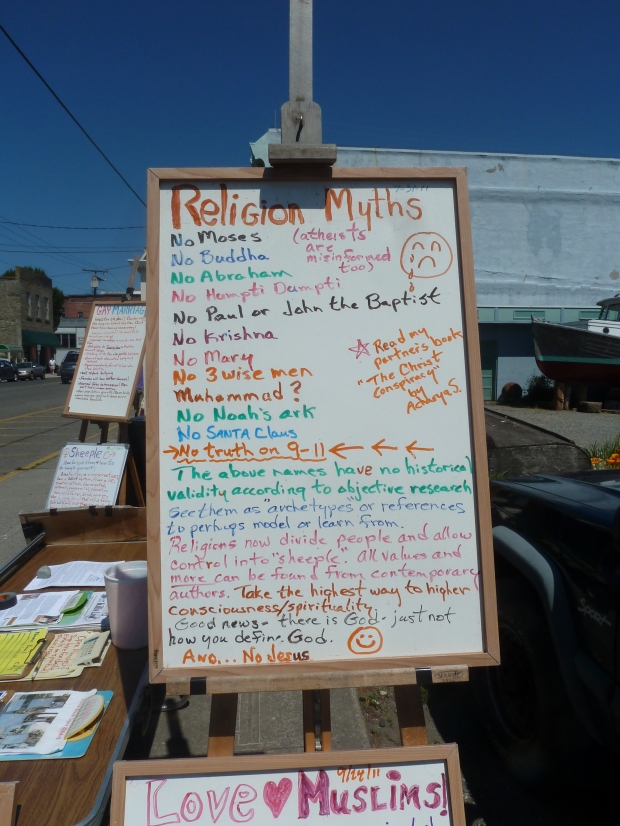