My brother Mark and I share a lot in common.  He is only two years older than me so he always was my buddy growing up.  When we were in high school I know he always kind of kept an eye out for me.  We went to the same (fabulous) college and I know that he always kept his eye on me there–even if I didn’t know it.  He is a great brother.  There but not too there if that makes any sense.

Growing up I guess it was normal that he and I would be the closest because we were closest in age.  That is a pretty neat thing to have and I have a lot of great memories of my childhood and a lot  of them include some funny thing that happened with him being the center of it.

When we were very young (I think maybe 2 and 4) we got great gifts one Christmas.  Mark got a brown teddy bear and I got a black and white teddy bear.  We named them Fuzzy (Mark’s) and Wuzzy (mine).  I am not sure who came up with the names but they were our favorite toys for many years.  Fuzzy and Wuzzy had many conversations and adventures together and over the years they heard many secrets and dried many tears.  At least mine.  Not sure about Mark.  Fuzzy and Wuzzy had very hard plastic noses and those sometimes were the things that knocked humans on the head…..just a simple whack with the nose of the teddy and the other person submitted to the wills of the whoever was “in charge”.  If memory serves me well Fuzzy was way more into this than Wuzzy was.  Was he??

Mark sent me a picture not too long ago of Fuzzy after I had rediscovered Wuzzy and sent him a picture.  This is what he wrote when he sent the picture:

I’ve attached a photo of that bully, Fuzzy.  Sorry he was such an
aggressive teddy bear, but I’m sure that it was a reflection of an
older, bigger brother, and not of his innate temperment, which I’m
sure was actually pretty mellow.  I’ll bet Wuzzy could whip his butt,
these days, as Fuzzy’s volume has been dramatically diminished from
his glory days.  Note his emaciated, nearly hairless body, with his
head actually sewed back on, with kind of a boyscout sort of kerchief
(thanks to Mother, who saved his life with major surgery).

I want to get them together for a photo shoot but I imagine some propping up of huge proportions will have to be involved.  You see they have lost some of their fluff over the years.  But they are still loved.  One in Arizona and one in Iowa—-separated but still close.  Kind of like their human counterparts. 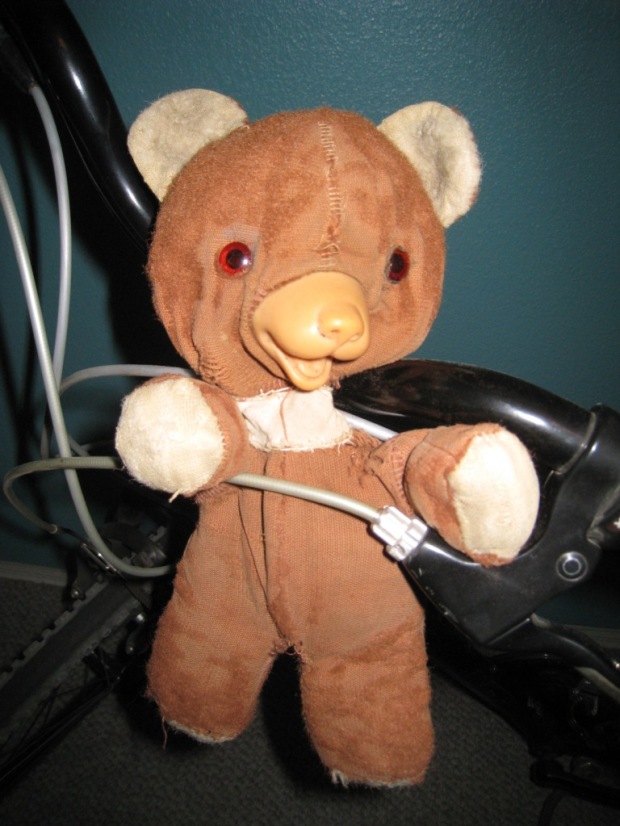 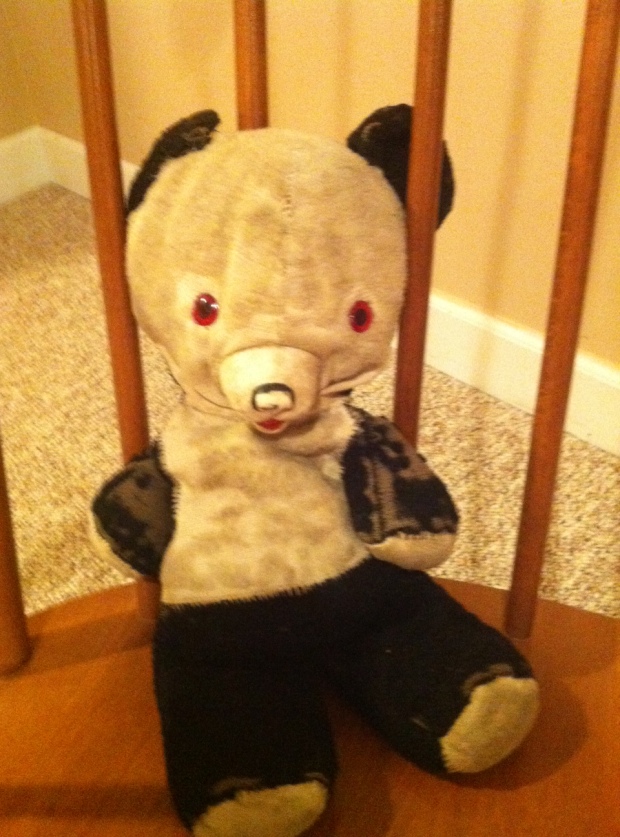 Do you have a childhood “friend” who you still have?  I would love to hear about it!!!