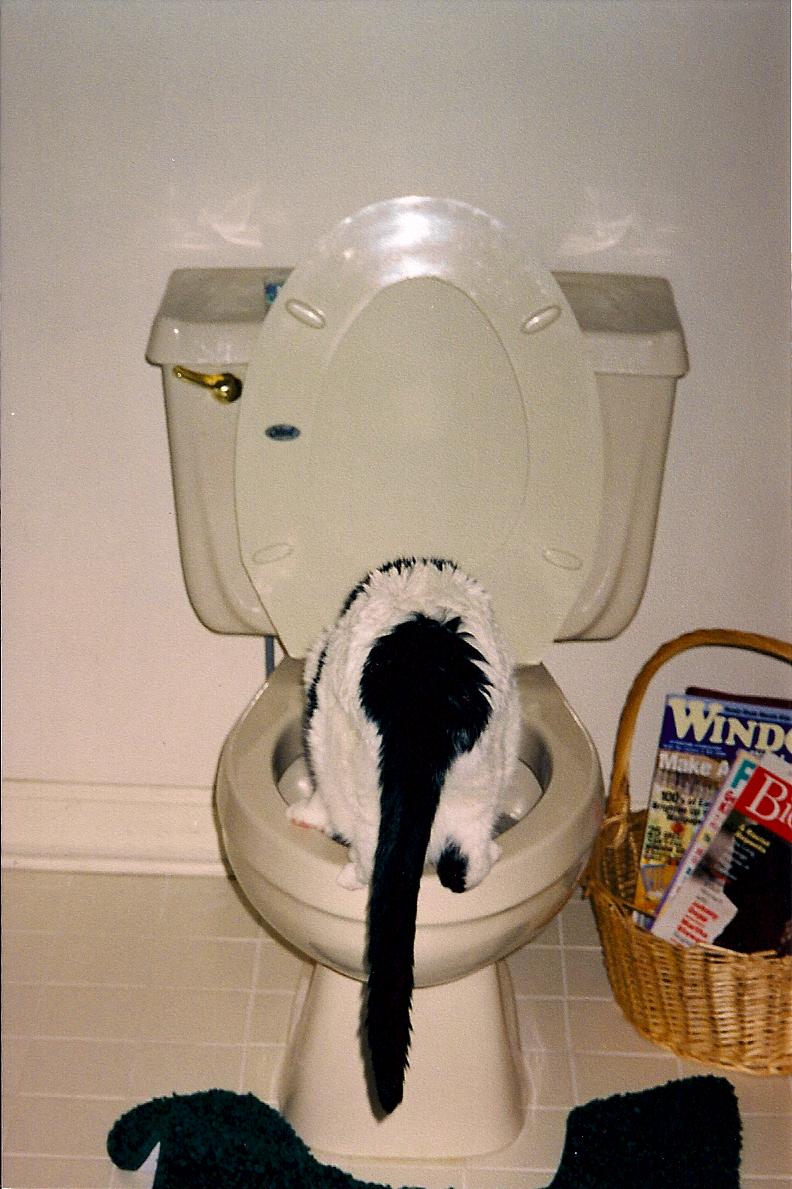 Who said that dogs are the only ones who drink from toilet bowls?? Cypress had them all beat! Delicate balancing act… 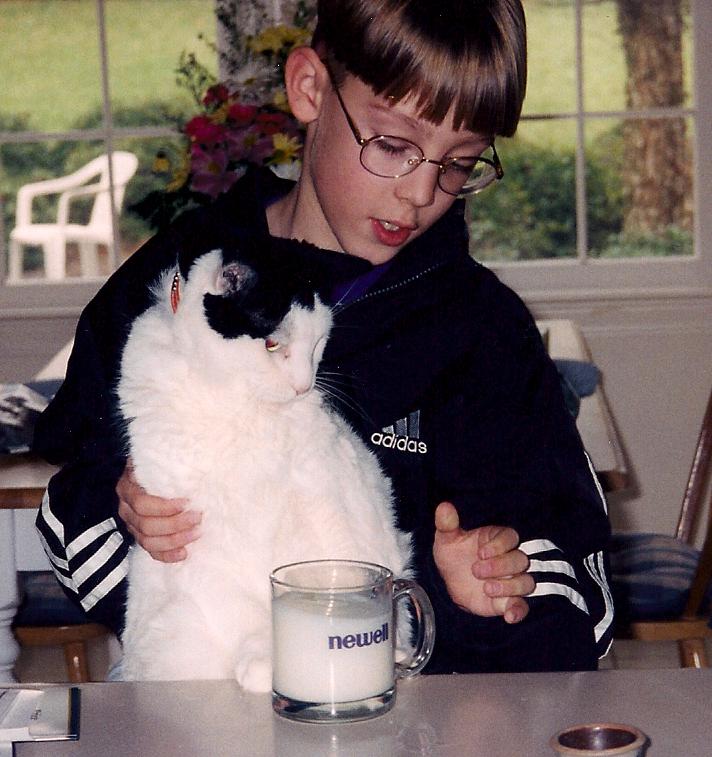 Aaron tempting Cypresss to drink from a cup….

I swear–he sat and stared at the wall for a looong time–there was nothing there–no bug, no spider, nothing moving….just a wall….

In all of my frantic scanning I found a few pictures of our dear departed kitty–Cypress. Now this cat was mainly my cat—Chris never had much to do with him (other than teasing him when he was a kitten in Orlando which might explain some of his weirdness) but he was a sweet kitty to me for 19 years until he got so mangy and decreptid that we had to take him to go to kitty heaven. He survived several moves—Orlando to Ohio, Ohio to Pennsylvania, Pennsylvania to Illinois, an instate move and his final move was to North Carolina. He lived with Grandma Jane and Grandpa Skip for a while even and survived it all well. He brought us much joy and I still remember his fascination with Reese’s wrappers on the terrazzo floors in Navy housing in Orlando! RIP Cypress!